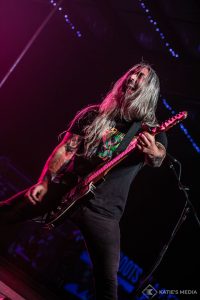 Nate Parrish is opening up for mainstream alternative rock band Trapt on January 15th.   Trapt has been around since 1995, long enough ago to have a MySpace account!

Parrish, is solo artist with a couple of songs on The Blast, including his new single Attention Junkies.

Parrish is also guitarist for Kutless and he played for Worth Dying For and Kingdom, bands that we play on The Blast Blender.

Kutless…which has come back to the Christian Rock world after veering off into CCM territory…has a show on March 24th in Bozeman, Montana.