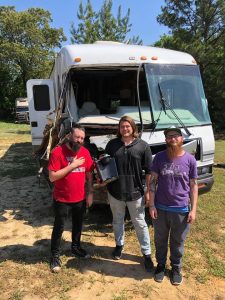 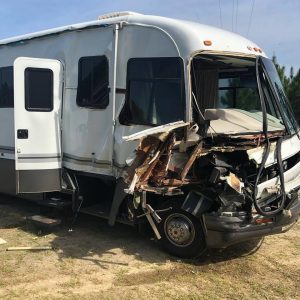 Life is tough out on the road for an independent Christian rock band.  And then when you get in an accident, it gets even harder.  We Are Vessel knows that life is not “Without A Fight”.  The worst injury was Jake Soltow getting glass in his eye.  All of the band members are pretty sore today.  Keep them in your prayers, and if their music has helped your life, consider helping them fund their bus repairs.

Spoken fans waiting for another new album from the band:  count on it, but we don’t know how soon.  Spoken founder and lead singer Matt Baird tells TheBlast.FM that he has been “writing a lot, and filling in the gaps of what types of tunes are still needed to make a cohesive record”.  Spoken recently acquired guitarist JR Bareis from Love And Death for a player to be named later.  Sorry, good joke, it’s baseball season.  But JR did leave Love and Death and has become an official member of Spoken.    Baird says he has no idea how soon they will release the first single from the next album.  The Blast still has “Dying Without You” from IX in current rotation. 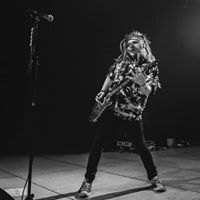 The Blast World Premier of a new Seventh Day Slumber song from the next album Closer To Chaos airs this hour on the Colin Cruz radio show on TheBlast.FM.  Closer To Chaos drops on May 1st on Rockfest Records.   The song will also go into regular Blast rotation this week. 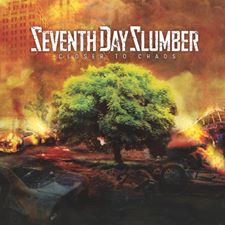 Former Creed lead singer Scott Stapp has his life back on track with Jesus Christ and he has a new album coming out soon.  The Blast saw this track and jumped on it early, before it was even released in the Christian radio market.  We were the first to report this to the national Christian rock chart.

The video features an intense performance by Scott and his band intercut with the narrative of a young boy’s escape from the pain of an abusive home. As he runs down a lonely road, his journey goes from bad to worse when he is offered a chemical “solution” for his pain, but refuses, knowing there’s a purpose for his life outside of the struggles he’s enduring. He then arrives at a make shift fort he’s created where he’s covered the walls with pictures of his dreams, his hopes, and hand-written reminders to keep believing and stay strong. There, the boy breaks in frustration and pain. He screams, grieves, and lashes out in a moment of doubt fearing he will never overcome his situation. He then continues to run, desperately searching for answers and peace.  He finally stops on a mountain top, gazing up towards the heavens, looking out into the great unknown knowing one day he will find freedom, peace, and the life he dreams of, if he just holds on to hope, knowing this struggle, this pain, will not last forever. He just has to hold on.

With lyrics that insist, “There’s got to be more cuz this life is insane. Gotta turn this around and find the purpose for pain,” and considering Scott’s real-life story of recovery, it’s clear which choice will win in the end.

“I’ve worked with Scott for many years now and consider him one of my dearest friends. I was honored to be able to collaborate with him on this video and to direct the first video on the album.  Coming up with creative ideas is always fun with Scott and it is an extra bonus that we think alike in so many ways. For this video it was a true collaborative effort and we went back and forth on a bunch of ideas until we decided on the final storyline.  I think the final video captured the essence of the song perfectly”, said Director Daniel E Catullo III. 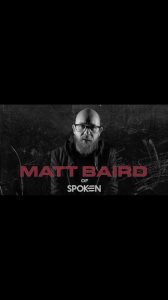 Spoken founder and lead singer Matt Baird is doing a solo acoustic tour of Europe in late April and early May.

He is looking to fill the open dates shown below.

The band Red has been in the studio working on new material.  They are purposely independent now, so the tunes and the radio single selections will hopefully be better than ever.

Here at the Dark Horse in Nashville recording our new music! We absolutely cannot wait for you guys to hear it soon! #thebandRED ➡️ bit.ly/2H2tfze

Here is the lyric video for Demon Hunter’s first official radio release off of the War and Peace albums.  From the Peace album…More Than Bones: