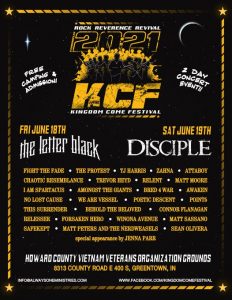 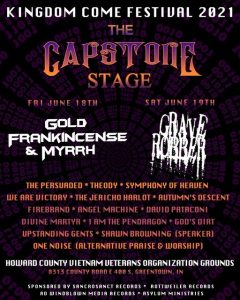 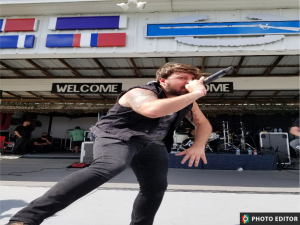 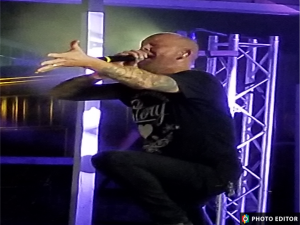 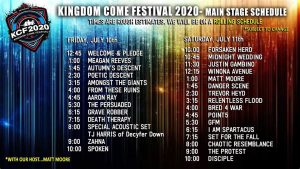 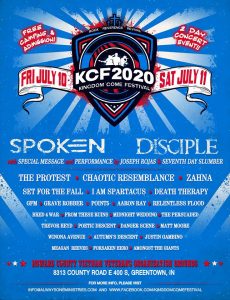 Kingdom Come Festival is STILL on for Friday and Saturday July 10th and 11th.  Random Hero cannot be at the new date, but Amongst The Giants has been added to the bill in their place! 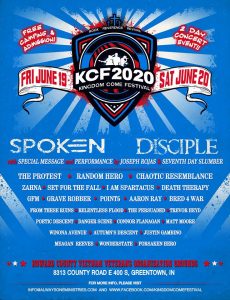 Kingdom Come Festival IS going to happen in 2020.  Due to Indiana’s current Covid-19 restrictions, the festival cannot happen on the originally scheduled dates in June.

A new set of dates has been worked out with the venue and the bands, and it is Friday and Saturday, July 10 and 11.

The Blast bands include Disciple, Spoken, Seventh Day Slumber, Random Hero, Gold Frankincense and Myrrh, The Protest, Chaotic Resemblance, Set For The Fall, Death Therapy, Zahna,  The Persuaded, Relentless Flood, Danger Scene, and Poetic Descent.  There will also be bands we play on The Implosion and The Blast Blender that will be there. 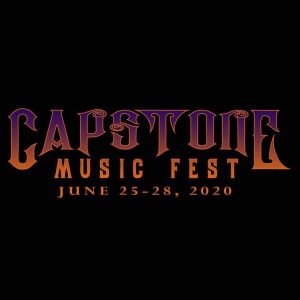