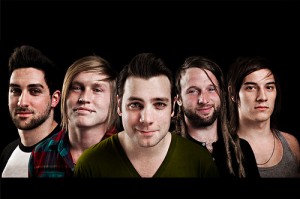 In the revolving door of Christian rock bands, Sent By Ravens is one of the most recent casualities falling prey to harsh economic reality.  But the good news is, even though the band is on what is potentially a permanent hiatus, they are doing a reunion concert in Jacksonville, Florida this Saturday, with House Of Heroes, Sumerlin and several other bands.  It all kicks off at 1:30 pm at Murray Hill Theatre.

Thousand Foot Krutch has been added to The Winter Jam Tour, which jams in 8 states in the southwestern and western USA in the last part of 2013, with early 2014 dates to be announced soon.  The Winter Jam Tour, as always, is mainly a pop and adult contemporary music mini-festival.  While TFK will be the notable rock band this time around, the tour also includes the likes of Plumb, Newsboys, and the heavily-bearded David Crowder, who is now marketed simply as Crowder.

We've been talking about it all year, and it is finally here!  The Blast's new Android app!  It starts with 8 streams, from 96k AAC on down to 16k.  And yep, AAC+ streams are FINALLY supported in a Blast app!  Just search for "The Blast" or "TheBlast.FM" in Google Play.

If your phone took the automatic update this morning, clear the cache on the app, and force stop, then open it and the 64k AAC+ stream will work.

Update:  On our Samsung Galaxy S-4, the metadata display is very dim and hard to read.  Hmm, maybe we need to put on Google Glasses to see it.  We have also heard feedback about no metadata from Blasters.  Odd, because metadata worked great in the test app from this new developer.

So, if you took the app update and feel stuck and want to know what is Blasting, we have a solution.  We can email you the .apk for the old Blast Android app.  It has 4 stream choices besides what is in the new 8 stream app and is a nice collector's item for you phone, anyway. Just hit up ColinCruz <at> TheBlast.FM

The Almost has released the video for the song "I'm Down" off  the Fear Inside Our Bones album.  Here is a link to it:

Is The Blast on FM radio?

Yes, you can hear us on 94.3 The X in Knoxville, Tennessee, USA, Sunday mornings on 8-9 am.  We've had a syndicated show on that mainstream/secular active rock radio station since Spring 2009.  They chose us over all FM Christian rock stations due to the way we program The Blast.

We've also had unconfirmed reports that FM stations in various places have carried The Blast.  If you know of a station doing that, or that has done that, we'd sure like to know about it.  You can send your Blast "QSL" report here:  http://www.theblast.fm/wp/blastbacks/

Well, guess what?  That takes a lot more money than we currently have.  Radio station owners that would like to carry our programming on FM, LPFM, AM, HD-2, 3 or 4, DAB, DAB+, shortwave, medium wave, or satellite radio, we are open to the idea.  Or, if you don't currently own a radio station, you can form a group in your community to raise funds to start a radio station and carry our programming.   If you own or run a radio station and are interested in carrying Blast programming, write to our President and Program Director:  ColinCruz <at> TheBlast.FM.  We are open to adding terrestrial radio affiliates worldwide.

If you'd like to see The Blast get added to XM Sirius, don't just write to us.  The request to be carried means a whole lot more coming from you than it does coming from us.  You can call XM Sirius about this at 1-866-528-7474.  If any of our Blasters know of a better way to contact them, please share it here:  http://www.theblast.fm/wp/blastbacks/

If you'd like to donate to help us expand our worldwide outreach, you can give here:  http://www.theblast.fm/wp/donations/ 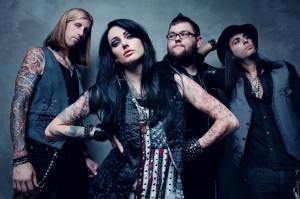 The Letter Black's next album comes out on November 12th. It will be called Rebuild.  The band offers a sample of one of the new songs on their website:  http://theletterblack.com/ 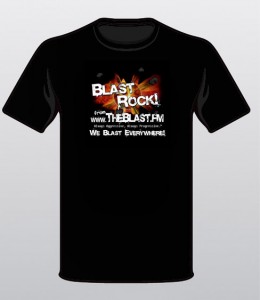 Blasters, we want to buy new Blast T-shirts with a new design and a different color of shirt this time.  We've been raising money to do that this week and we are needing about $200 more to get them ordered.  We want to fund these on the front end as we don't really make much off of them once postage is figured in.   If you can help, please visit:  http://www.theblast.fm/wp/donations/

In January, Love and Death will be playing with a bunch of mainstream rock bands on a ship! This floating rock concert will cruise from Miam to the Bahamas…the festival is called Shiprocked.

Long before there was Skillet…there was another Christian hard rock/metal band that was filling the ears of millions around the world.  Thirty years ago, a band called Stryper arose in southern California and took the world by storm.  Stryper was so big back in the day that they were the first Christian rock or metal band to have popular mainstream/secular rock bands open FOR THEM.

Since being founded 30 years ago, Stryper has sold over 8 million records, and they are about to sell a bunch more.

Stryper says it will be quite possibly be their best record yet, promising "high octane vocals, layered vocal harmonies, guitar solos galore, driving drums and bass and an energy that hasn't been seen since their glory days".   High octane vocals is putting it lightly.   'Aint no man anywhere in the Milky Way Galaxy that can scream in as high a pitch as lead vocalist Michael Sweet!

Stryper was one of the first Christian bands to ever have one of their videos played on MTV.

After taking most of the 1990's off, this legendary band has come back on the scene in the 2000's, releasing a few albums in this century, but none with this much fanfare.

Now that bassist Timothy Gaines is back in the fold, the band has their original lineup all together once more.  That lineup also includes axeman Oz Fox and Robert Sweet, drummer and brother of frontman Michael Sweet.

No More Hell To Pay will have 12 new songs, including 11 Stryper originals and a cover of Jesus Is Just Alright, which was also covered by DC Talk in the 1990's.

Stryper has 6 remaining USA tour dates in 4 states in the month of August.

The Blast plays several "modern" Stryper songs: Reborn, Murder By Pride, God, and Blackened. Blackened is a song from their most recent album called Second Coming which is an album of the band band covering themselves.  That album came out in early 2013.